Walsh members around the world 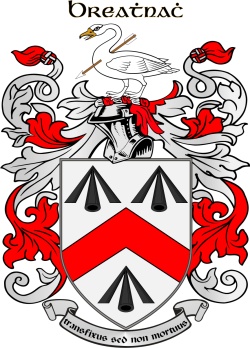 Wounded but not dead

Design your own Walsh Family Crest

This surname shows what a Welsh affair the Cambro-Norman incursions from 1169 were. The message is in the Gaelic form of the name Breathnach or - Welshman. These were the ancient inhabitants of Britain, and the Anglo-Saxons called them Welsh or - waleis/ foreigners! So the Walsh(e) surname is a microcosm of history. It is likely though that the Irish natives applied this epithet to any invader whether true Welsh or Norman, or a mixture of both, as many of them were, like the Geraldines.

A list of counties of settlement, spreading from Wexford and Wicklow to Waterford, Kilkenny and South Tipperary, on to Cork and Kerry and even further to Mayo, reads like a flow chart of the invasion. Research on the patterns of settlement of Walsh families in the early territories would provide a window into the whole Cambro-Norman colonisation.

In Sir William Petty's 'Census' of 1659, to take a random example 'Welsh' is listed as a Principal Irish Name in Islands Barony and Tulla Barony Co Clare with 10 and 5 families respectively.

In the Registrar General's 'Special Report on Surnames...' (1894), based on the birth registration figures for 1890, most Walsh(e) numbers were found in counties Cork, Mayo, Waterford, Galway, Dublin and Wexford. It was the most common name in Mayo. The totals were 877 Walsh and 55 Walshe. The variant Welsh was found largely in Co Antrim.

Based on the 1890 records above, Walsh was the fourth most common name in Ireland (after Murphy, Kelly and Sullivan). In the US it occupies 325th place.

Two famous Walshes:
Tommy Walsh (b 1983) hurling player for the brilliant Kilkenny team. Holder of 6 All Ireland Medals, Walsh is regarded as one of the greatest players ever!
Tommy Walsh is a Gaelic footballer, who played in the Wicklow side that won the Tommy Murphy Cup in 2007. In 2010 he returned to play for his native Carlow

The Walsh Family Message Board